The Priory of the Orange Tree
Samantha Shannon
Progress: 253/830 pages 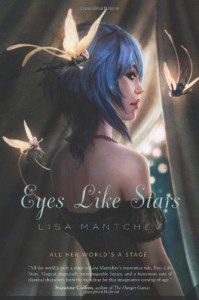 What a delightfully whimsical book! This is another book I've had on my shelves for ages and never got around to reading. And I'm glad I did because its light and fun and immensely enjoyable.

Set in a magical theater which features all the characters from every play ever written, you're plunged into the magic right away. This is one of the rare books where there is no world building whatsoever, we're never told where the theater came from, how the people came there or why there is magic or anything. Usually no world building or explanations for how the world came to be drives me up the wall, but this book was so much fun there was no need for world building or explanations for how the magic in the story was worked in. It just was that way, and the way the story is told makes it seem just right.

Fresh and original with a delightfully flawed main character, Beatrice, the story flows very well, and its attention grabbing. It had its flaws, maybe a little too much going on all at once, with characters from every play ever butting in along with the behind the scenes people who work at the theater who bicker a lot; and Beatrice's fairy companion friends got very annoying very quickly. There was also a potential love triangle, however the romance didn't seem to be the focus of the novel, so I can over look the love triangle here.

Its such a different style of magical theater, brilliantly original and as I mentioned, delightfully whimsical and fun. So highly recommended for anyone looking for a YA novel that's quirky and unique.